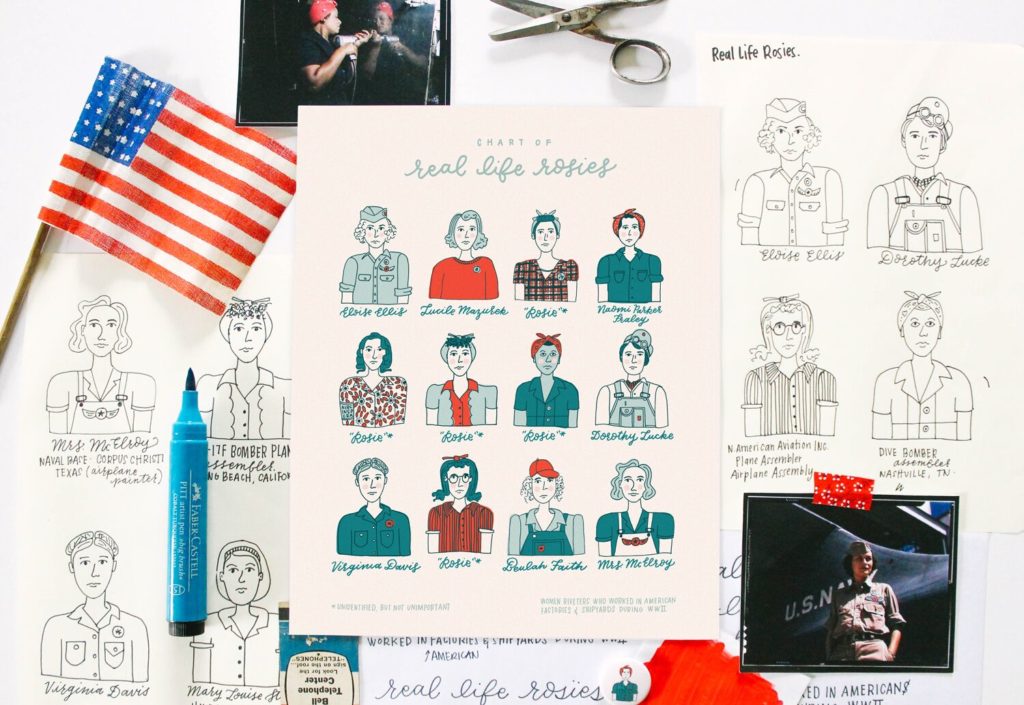 Many people are familiar with the famous “We Can Do It” poster. The female worker, nicknamed Rosie the Riveter, from WWII with her hair wrapped in a red bandana, muscle boldly flexed, proudly stating that “We Can Do It!” in response to women helping aid in the war effort. But what many people may not know is that Rosie the Riveter is a fictional character that celebrated the women who went to work in factories and shipyards during the Second World War. During the war women entered the workforce in groundbreaking numbers, helping fill positions that were left empty by enlisted men. 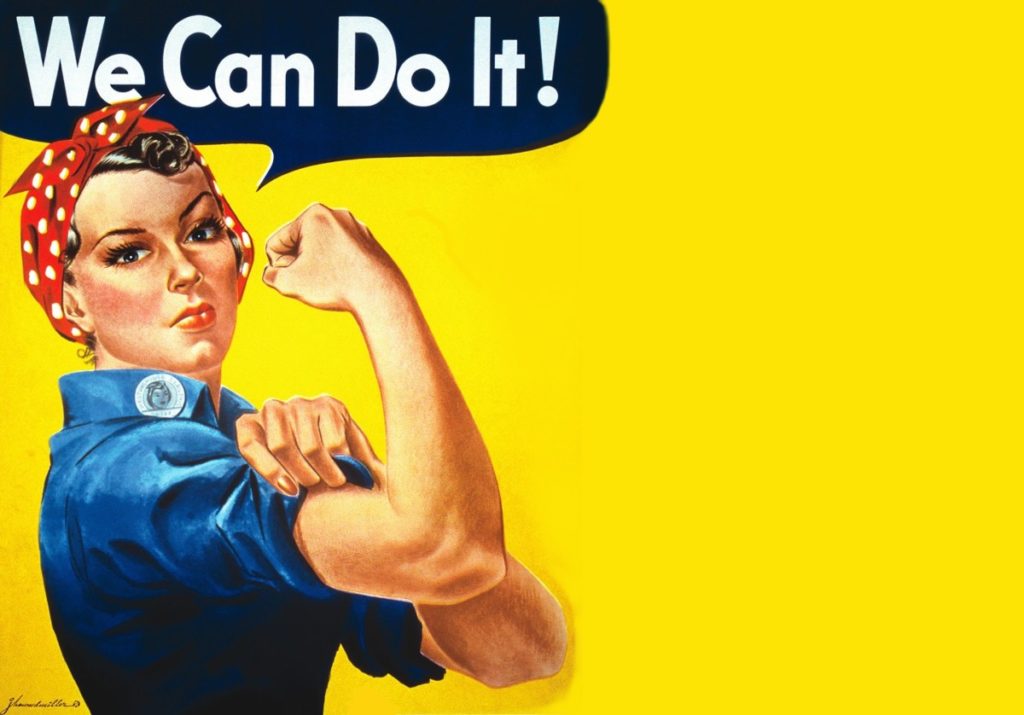 For many of these women they were unsung heroes whose stories over time are slowly being lost. My hope with my Chart of Real Life Rosies art print is to preserve the legacy of some of these women who boldly contributed to America’s war effort in any way they could.

All of the women on my Real Life Rosies chart were inspired by real women whose photos I found in the Library of Congress. Some of these female factory workers’ names were known, while others were left unidentified. On my chart I listed their name, if known, but if unidentified I simply left them as “Rosie” for Rosie the Riveter. Below are a few of the women featured in my illustration. 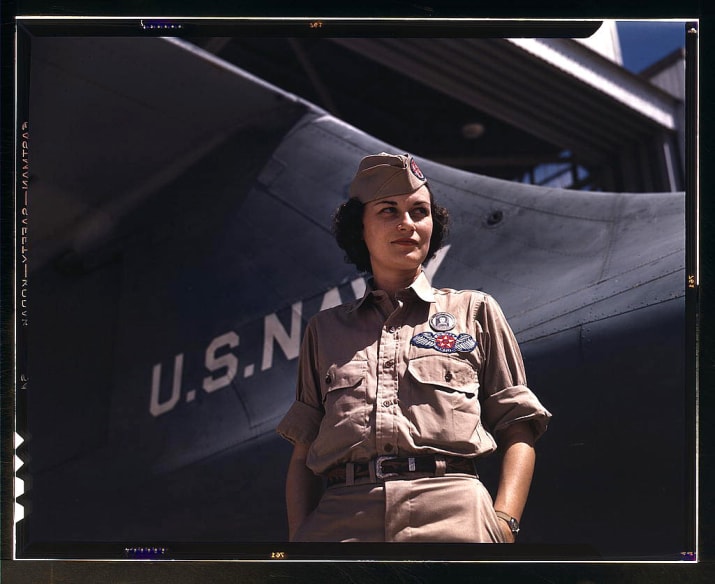 Eloise Ellis was a senior supervisor in the Assembly and Repairs Department at the Naval Air Base, Corpus Christi, Texas. It was her job to boost the morale of the female workers as well as find suitable living conditions for out–of–state employees. 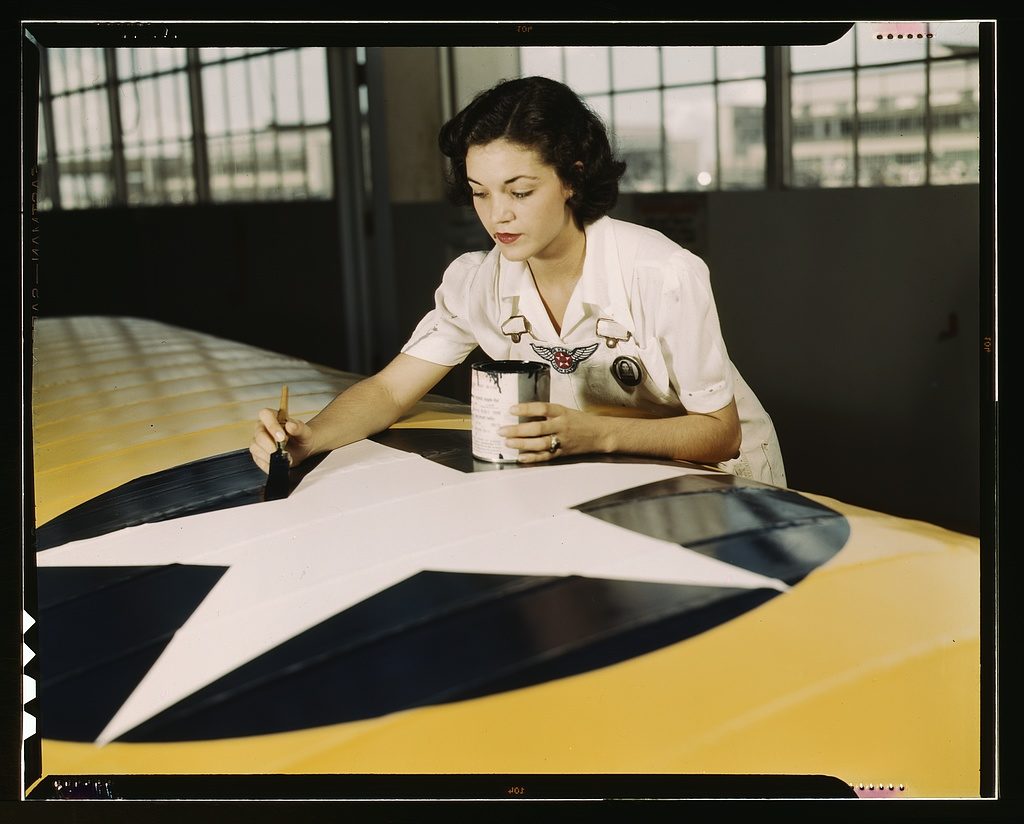 Mrs. McElroy’s job at the Naval Air Base in Corpus Christi, Texas is to paint the American insignia on airplane wings. 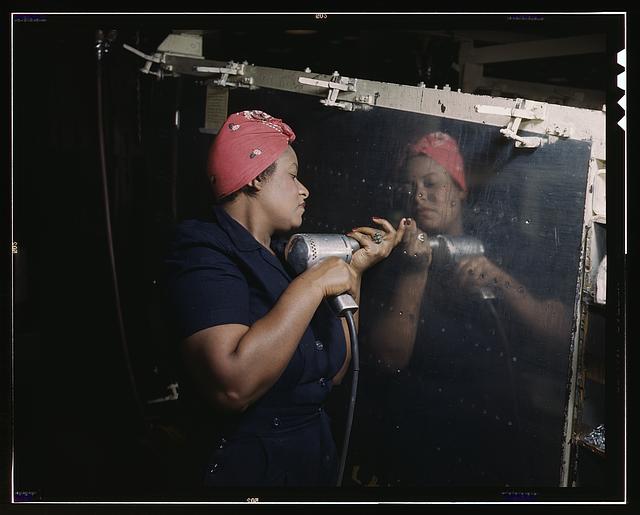 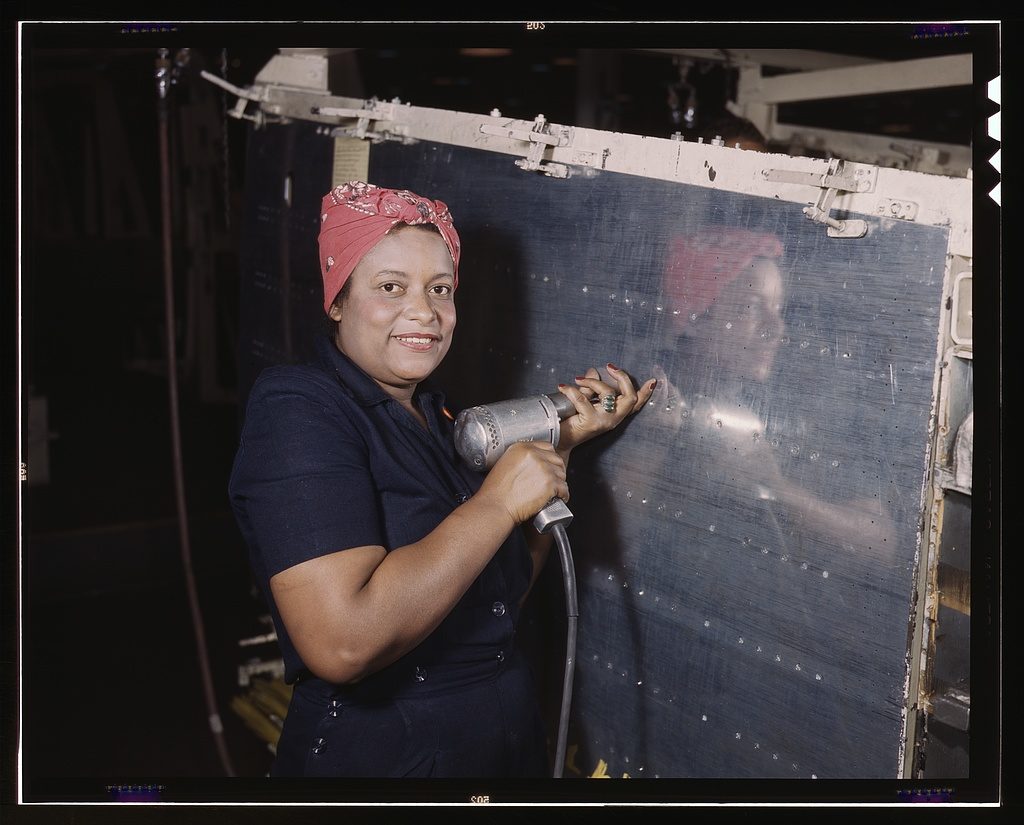 While this “Rosie” is unidentified her contribution to our country should not go unnoticed. Of all the women’s photos that I found this “Rosie” has found a sweet spot in my heart. I’m obsessed with her style and that she worked here in Nashville at the Vultee Aircraft Plant. I particularly love that she’s drilling into a dive bomber while rocking polished red nails and a turquoise ring. That’s my kind of lady! I picture her walking onto the factory floor, nails freshly polished and confidently announcing, “Move over boys and hand me a drill. I got this!”

While reading about her I found this amazing video from 1941 from when the Nashville Vultee Aircraft Plant opened. From the announcer’s voice, to the old jazz music, to the WWII–era clothing this 30 second clip is 1940s gold. 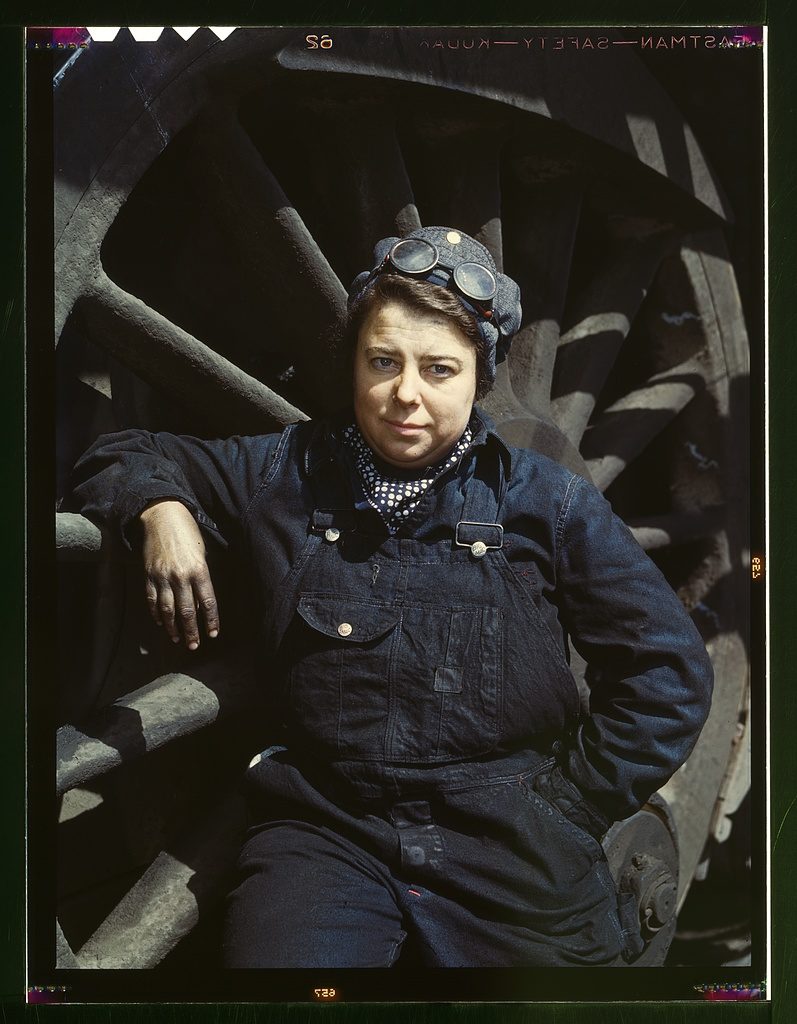 Dorothy Lucke worked as a wiper at the railroad roundhouse in Clinton, Iowa. 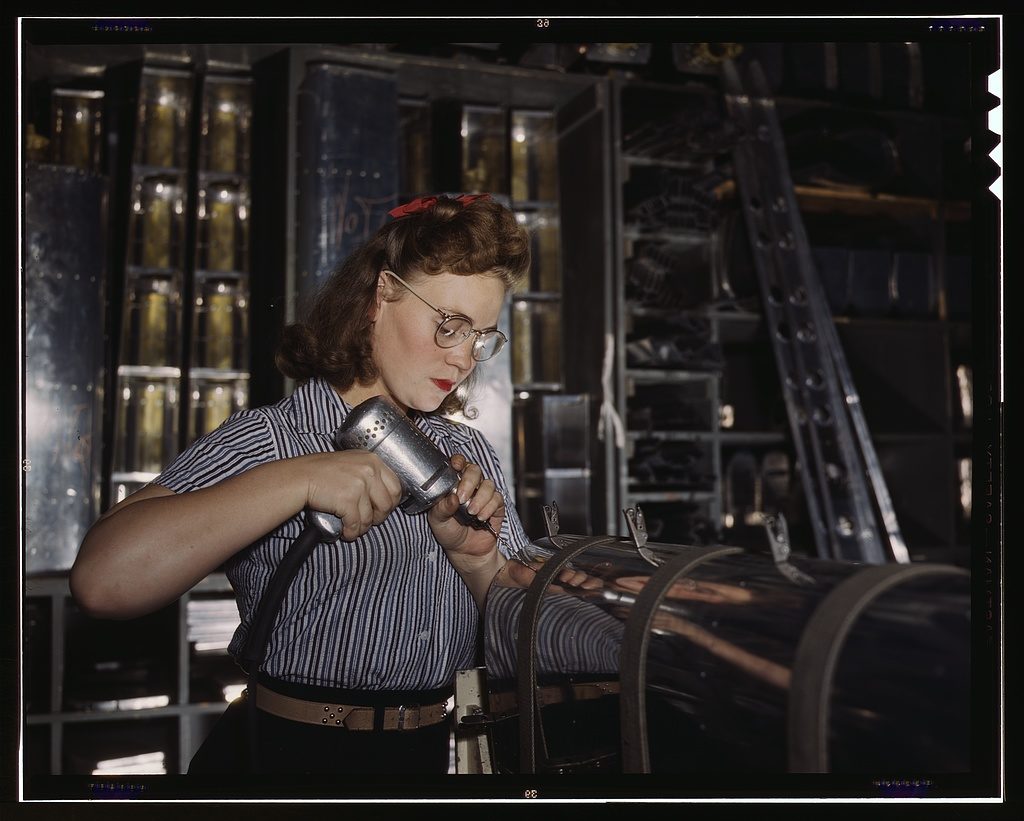 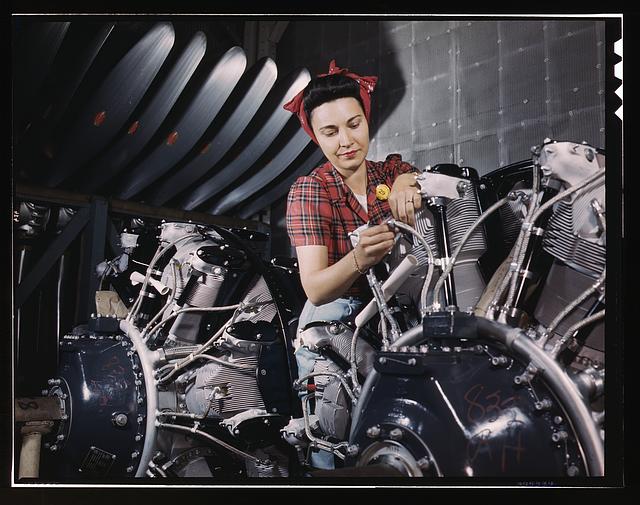 Both of these “Rosies” are unidentified but hard at work assembling sections of a military plane.

How amazing are these photos? I’m so grateful to these women for their service to the United States during war time as well as paving the way for future women to enter the workforce. These “Rosies” are true American heroes. 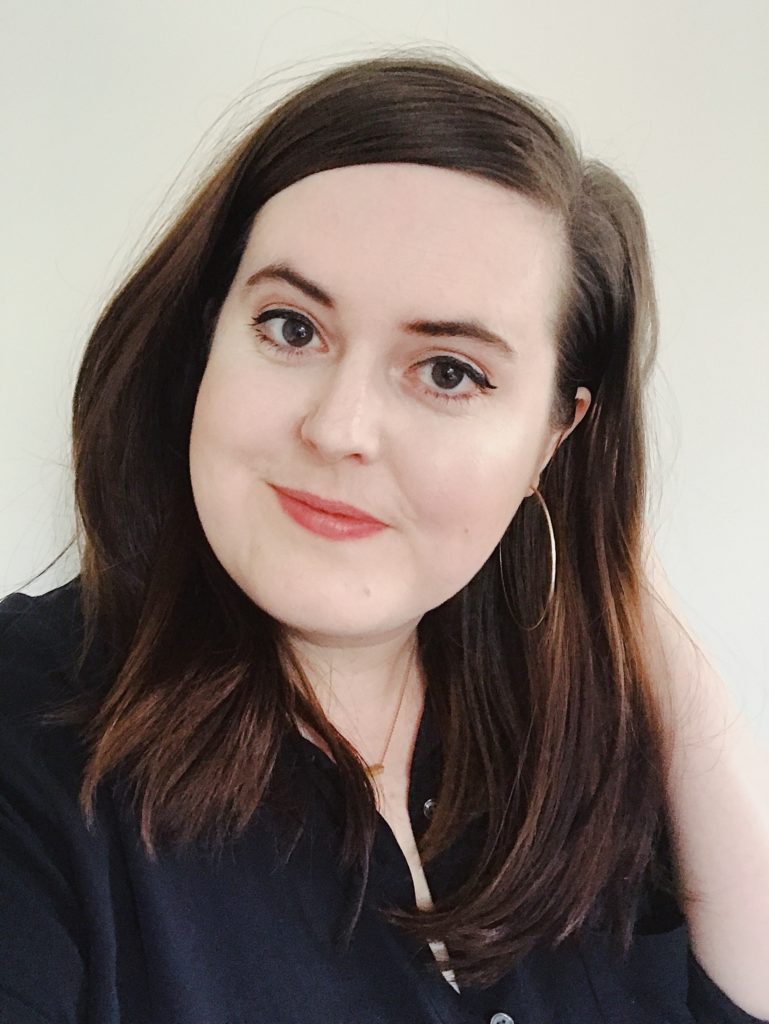 I tell stories and preserve history through illustration and help create brands & websites for creatives and passionate people.